A few shots from Mer Bleue from this weekend.   You may recall a few previous visits;

Wasn't the greatest day for photography.  Very bright, no clouds (thus no contrast) and lots of very loud people around who scared off any sign of wildlife.   We're going to get back this winter and try for the wildlife. 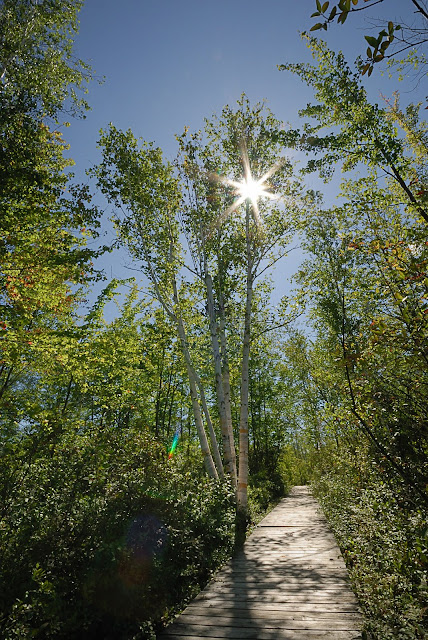 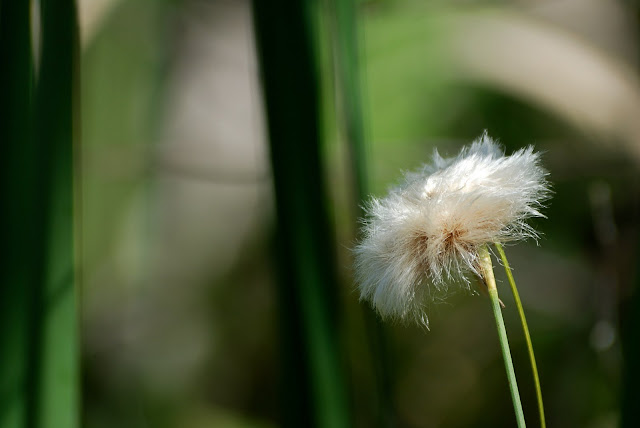 The almost full moon was pretty cool last night so shot this one; 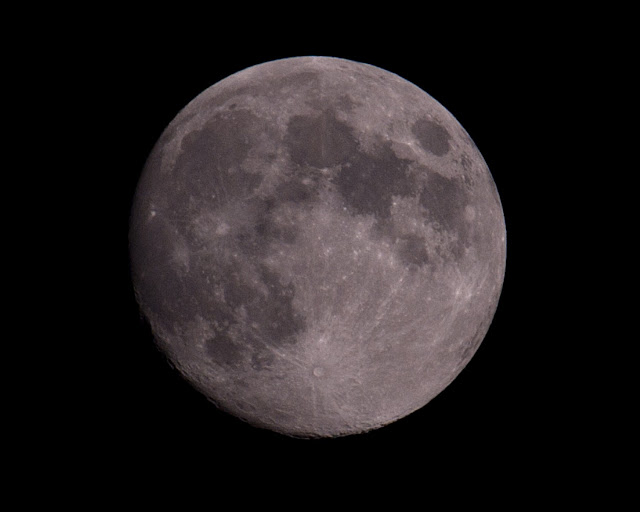 Going to be a busy week.  Learned on Friday that I have to meet with my lawyer on Monday to get ready for a "5 way" mediation on Friday.  Instead of a judge we're trying a 3rd lawyer who will act as a mediator.  Fingers crossed we can resolve the issues and get the paperwork finally on the go.

Good week to everyone!
Posted by Unknown at 4:29 PM 2 comments:

The New House and an Early Morning Paddle

Well hello everyone!  I have surfaced again after a very long and busy 2 weeks.  We survived the move and have finally started to settle down.  It was quite the story.  As I wrote to one of you in an e-mail;

"Well the move is finally over and we're starting to find the new routine.   Needless to say it has been a crazy week on this end.   Last Sunday I pretty much completed my packing and moved over to Jen's to give her a hand.  Monday we finished off her hard stuff and Tuesday was sitting around waiting for the keys.  We had hoped to get them on Monday but we were hearing nothing from the rental agency.   Tuesday I called them again wanting to know just what in the blazes was happening to discover that she was disappointed with the cleaning of the house and she had been trying to get ahold of the owner, who was on the road, about getting someone in to clean but was unsuccessful.   Given that we have the movers coming on Wednesday we needed to get in.  What a friggin mess.   The bare minimum had been done.   Nothing had been sweep or moped, the bathrooms were a mess and the fridge was disgusting.    We got in about 2pm and almost immediately headed to my place to get cleaning supplies.  Back out to the house and we cleaned until near 9pm.   Not a great job but enough that we could move in.  I couldn't believe that someone could leave their house looking like that.  I'd be so embarrassed.

Got home late but had a decent sleep but was up at 6am to get the stuff I was suppose to do on Tuesday done before the movers arrived.   They showed about 8.15am and they were on a mission ;-)   About 10am it had become apparent that there was no way they were going to get both Jen's and my place on the same truck.  So they finished my place and we all came down to the new house.   I was suppose to stay behind and clean while they were at Jen's but with the change in plans I sent a note to my old landlord saying I'd be back the next morning.   Unloaded my stuff and then off to Jen's.   Loaded her up and I came down with her load while she finished cleaning her place as she had to turn the keys in that day.  By 4pm they had her stuff unloaded and she and Erin had finished at the old house.   There we stood, in the new house with the furniture in place and everything we own in boxes sitting in the garage.    I put the bedrooms together and sorted out enough of the kitchen and we crashed!

Thursday I was up at 5am, muscles were killing me, and I was off to the old house by 7.30am.   A few hours of cleaning my place out and grabbing a few things from the shed and the yard.   Off to home depot to get keys cut and more cleaning supplies and back to the house by noon.   An afternoon of cleaning and unpacking.   Collapsed into bed again and was up yesterday morning again at 5am.   Again, sore muscles ;-)    Spend the morning cleaning and unpacking.  The afternoon I got the lawn tractor out (she left it and most of the garage intact - not to mention all the drapes and old TV's) and mowed the lawn.  The yard needs a lot of work next spring.  Lots of dead spots and has never been weed whacked from what I can see.   In between all that we've had the cable guy in and internet folks have been in.   Friday night I crashed until 7.30am the next morning.   What a nice sleep!   We were off to town today for groceries, new phones and more stuff from Home Depot.   Needed a gas powered whipper snipper, the electric one left behind would just be to painful.

So on the flip side of that Jen has been busting her ass trying to get her stuff done as well and running Erin around to get her registered at the new school, school supplies, clothes etc etc....   I don't think either of us unpacked a single box on Saturday.   The rest of the weekend was spent unpacking and Tuesday Jen and I returned to work and Erin was off to her new school.   All went well!"

Several of you have written asking for pics of the new house, here are a few;

We both survived the first week back to work, but unfortunately for Jen she had to work today (Friday).  We both usually have every 2nd Friday off as we work what's called a compressed work week.   Work an extra hour a day and take a day off every 2nd week.  She couldn't get this Friday off, so home alone ;-)    The poor old kayak has had no love this summer at all so decided to get up at the same time as Jen and go for an early morning paddle on the Rideau.

It was a fairly peaceful morning, to much traffic on the nearby road making noise and planes taking off from the Ottawa airport but it was a nice short paddle to stretch the kayak muscles.

Not sure what Jen and I are up to this weekend yet but it's calling for sunshine, so I expect the canoe or cameras will be in action.  Keep checking back.
Posted by Unknown at 11:55 AM 4 comments: