Preparing for my first over night camping trip in over 3 years.   I can't believe it has been that long.   The first year after my separation I didn't go out as I was starting to date and up to my eyeballs in moving and I was single and really didn't feel like it.    The past 2 summers I continued to be solo as Jen is a day paddler :-) and we moved both summers to new houses.    My normal tripping partner has started to paddle with his wife when they come out of the arctic so I never had anyone giving me a push.

This year I was invited to come up to Missinaibi Provincial Park for a fishing trip.  My first reaction - where?   Off to google I went and I was amazed how little information there is online about this place.   Even took me awhile to find it on a map.   Then to find an actual map of the park - forget it!    After a few more days I finally found a place where I could order one online.

Missinaibi is actually about a 10 hour drive from Ottawa and is north of Sudbury.  Why the heck way up there?   Apparently the fishing is amazing.  I won't say numbers but apparently the guys stop counting fish due to the large numbers of Walleye, Pike and Trout.

The two guys who invited me are old friends who I haven't seen in at least 5 years and they are down in the Kingston area.  I had a partner here in Ottawa who was going to go with me but his PTSD demons kicked in and he had to take a pass, I then found another guy (I'm picky as to who I will go with) but he's still on the fence but I doubt if he'll be able to go given how much he has going on in his life these days.   So looks like I'll be solo with the other 2 guys, they are teamed up with a power boat, and I'll do my own thing and just hang out with them during the evenings.

So why are the fish expensive?   Well every fisherman or hunter will know exactly why.   If you take the cost of all your gear, supplies and gas and divide the pounds of fish by that number you come out with an insane number :-)  Makes that $30.00 piece of salmon at the grocery store look cheap!    Hunters have it even worse.    I have 99.9% of all the gear I need for the bush but just updating a few things and picking up supplies - crappy tire $160, walmart $115, produce depot $98 etc etc....  and I haven't even left yet!   At least 4 tanks of gas round trip and camping fees to go.   Not to mention all the stuff I've bought over the years, canoe 2.5k, paddles 200, tent, sleeping bags, stove, cookware, bug juice, sunscreen, fishing license, canoe racks for the truck, waterproof backpacks, propane, etc etc.... the list goes on and on.

But in the end it will be worth every penny!    5 nights with old friends hanging out in the bush seeing some amazing places in northern Ontario, wouldn't pass it up!

Fingers crossed I get some good pictures and maybe some movies from the gopro :-)

Couldn't pass up a calm, sunny and warm day regardless of what the date is!   Happy Cinco de Mayo!   Two weeks ago we had snow and sleet, now it's 24c and all the snow and ice is gone and the river looks great!   Water levels are very low as the canal isn't yet open (another few weeks yet) so the locks are still holding back the water.   I would expect them to start flooding soon.   The downside is the lock stations are closed and no low docks to launch from but the upside is no powerboats at all!   No boats and no people, I was rather surprised to not even see other paddlers.  I had the canal to myself.  Although it was a mid morning run so might be busier in the afternoon.

There are a billion photos of this locations/run further into the blog as this is my usual haunt and the first place I hit each year but this is this years crop.    Lovely blue skies and a very calm day.

It's about a 10km run down and back so just a couple of hours.  Enough to tell my arms that I need more exercise :-)   Birds are still cagey from their commute south but ran across both a Heron and a Hawk, along with ducks and geese.  Some carp starting to run and the turtles were poking their heads up but not sunning themselves yet.   To bad I couldn't get pics of the birds, turtles and fish but they are just to cagey right now. 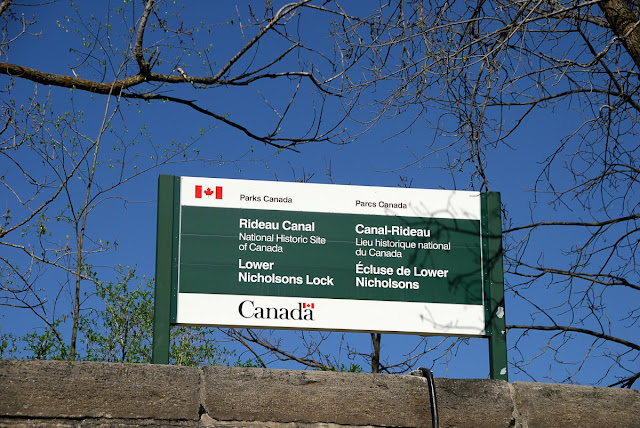 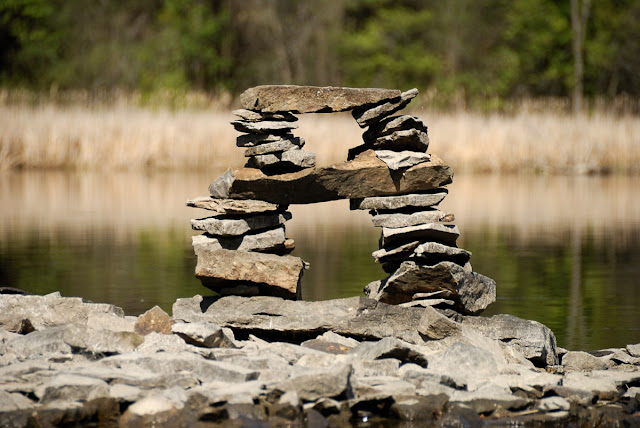 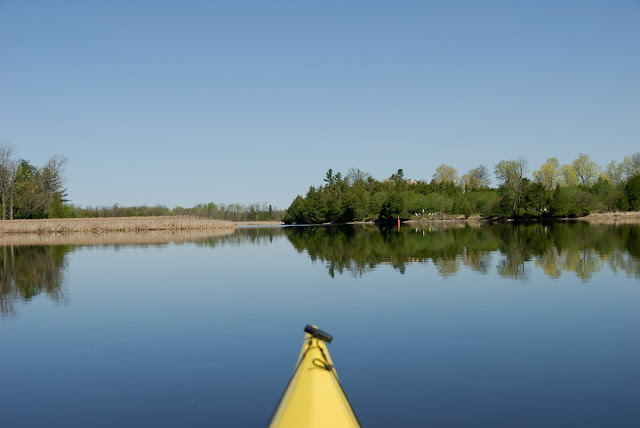 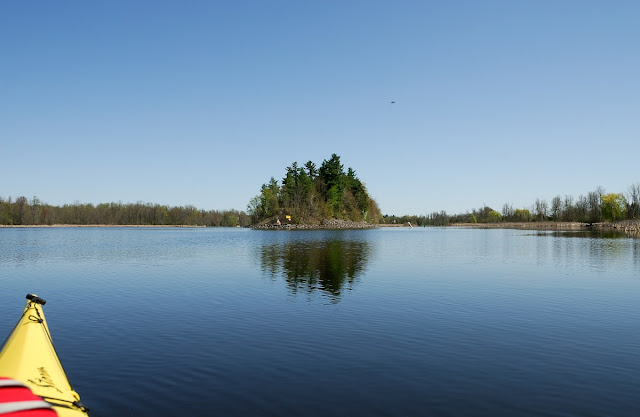 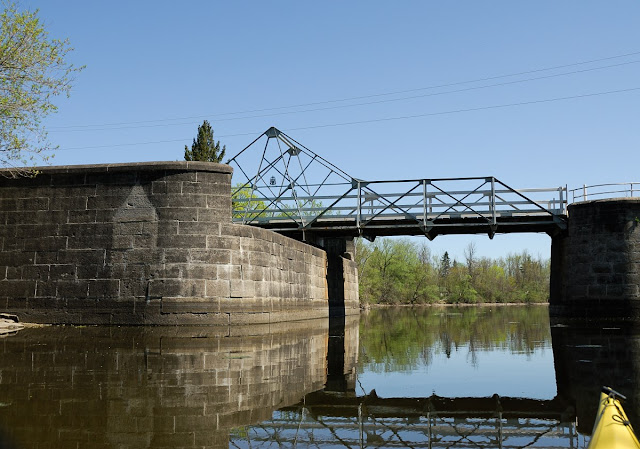 Posted by Unknown at 3:09 PM No comments: