Seems this has been the year of change for me.  First was ditching all my Nikon DSLR gear and going 100% Fuji mirrorless with the X-T1 and X100S.   2nd was moving into the smartphone world - lol.   After many years of really not being able to see close up I got my eyes all sorted out and now that I can see a 4" screen so I moved up to a Smartphone from an SMS flippy phone :-)

In 2010 when Toyota recalled my old Tacoma and gave me a fat cheque for it I looked into buying a VW diesel.   Well the timing was terrible.  They had nothing on the lot, I wanted a Jetta Wagon and they had no more 2009's and the 2010's were going to be Golf Wagons and they didn't expect them for another 2 months.  Well I needed a vehicle now, so I had to move on.   But I had did the research on VW diesels and was fascinated with the fuel numbers and reliability.   I was terrified of VW's known electrical issues but the hard-core VW guys were saying "nope, those problems are fixed".  Regardless, they had nothing so I went back to Toyota and bought my RAV4. 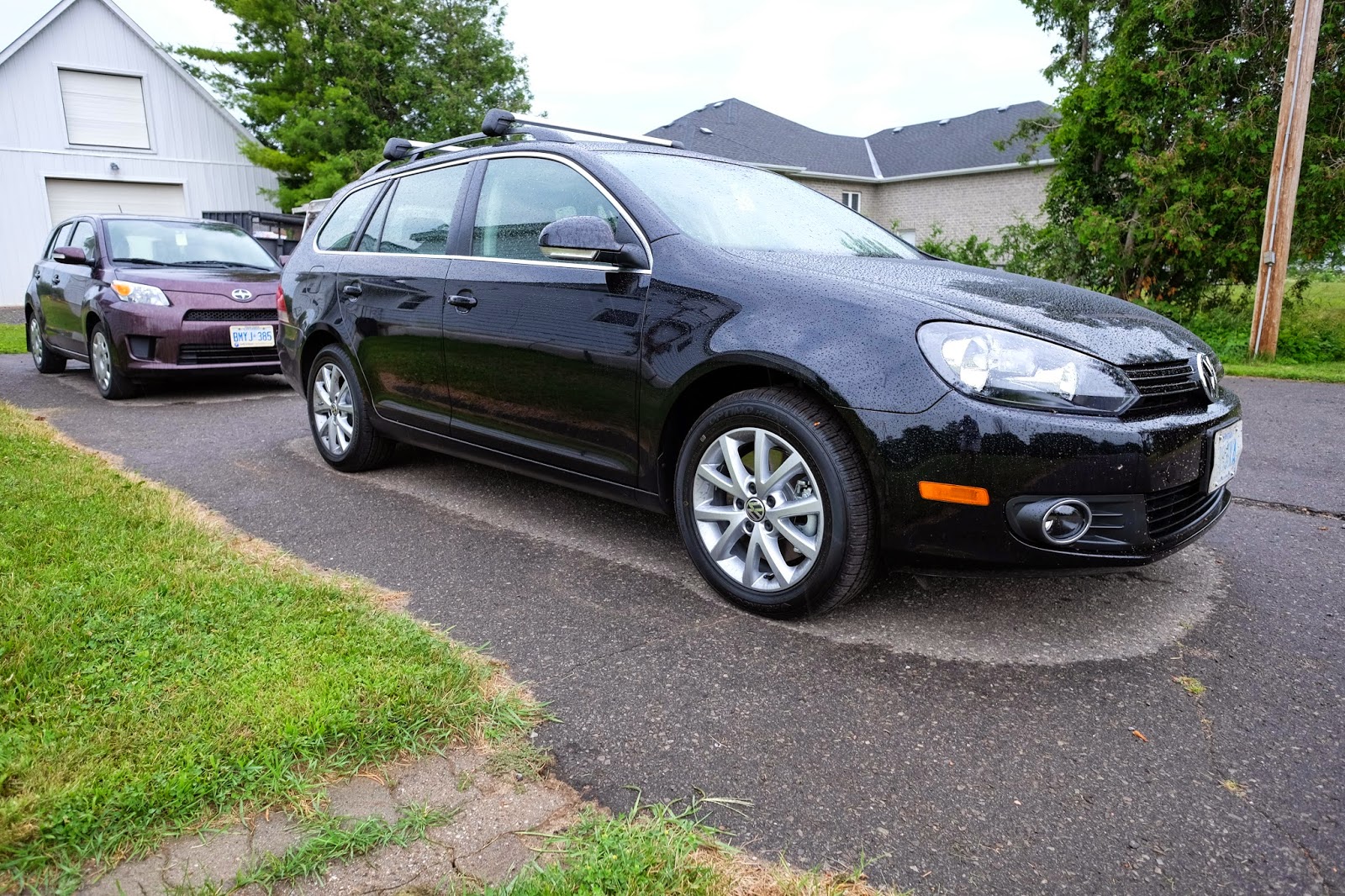 Fast forward to last Saturday.   My RAV4 is now 5 years old but is still in pretty decent shape.  Lots of surface scratches thanks to city life and some from me struggling to get the canoe or kayak up onto the roof but mechanically all I had done was change the tires and brakes.  The thought process was, trade it in now while it still has value or run it into the ground.   I was looking at them on the internet and Jen looked over my shoulder and asked what I was up to.  Told her I was just looking as I would like to try a diesel, have a lower roof for the canoe and get some better mileage.   Her comment?  "Lets go take one from a drive."  Up to the dealer we went.

Well, driving a VW was eye opening.  I haven't owned a "car" since 1989.  Since then I have been in Jeeps, Trucks and SUV's.   Yes I have driven cars but only owned cars that my ex-wife drove.   The car has tons of torque, loads of power, very comfortable, solid frame and fun to drive.  Naturally the salesman tried to get me to buy one on the spot but I told him I needed to go home and do my homework.


Thought about it for a few days and read a million reviews and comments and decided that if they could hit the numbers I wanted I would buy one and give it a try.   Back into the store a few days later and made an offer with the numbers I wanted and the came back with a serious counter offer.   For once I wasn't insulted with some tiny ass insult of a counter offer.   But it was clear they were willing to meet me closer to my numbers then the original asking.   A few minutes later and we had a deal.   We both walked away happy.  Me with a new car, roof racks and sunroof (but not the 1st choice of colour I wanted) and them with a few bucks in their pocket. 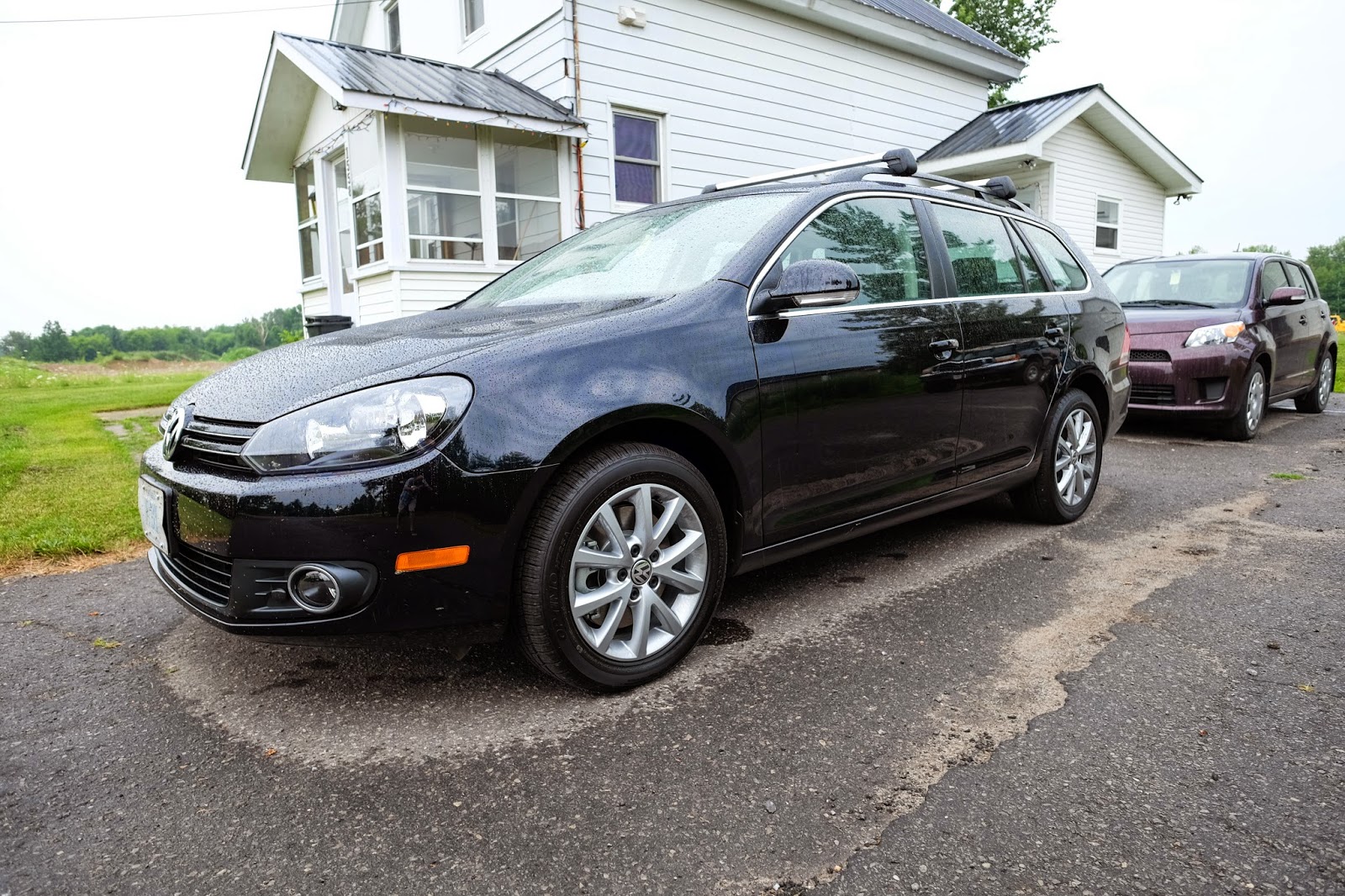 The one thing that struck me in the dealership was the way they treat the customers.   After thinking about it I see what is going on.  Your being treated the same as if you were purchasing a BMW, Mercedes, Lexus, Audi etc....   they treat VW's as something special.  Not the attitude you get at GM, Dodge or Ford (even Toyota to a lesser extent, they're somewhere in between).   These guys handle your car with latex gloves on, wash it when you come in for an oil change, give you a loaner at the drop of a hat etc... they want you to have a good experience to keep you coming back.  Will oil and maintenance cost me more then elsewhere?  Probably, but I'm probably going to be happier paying for the service as I know it won't be a bitch fest if things go wrong. 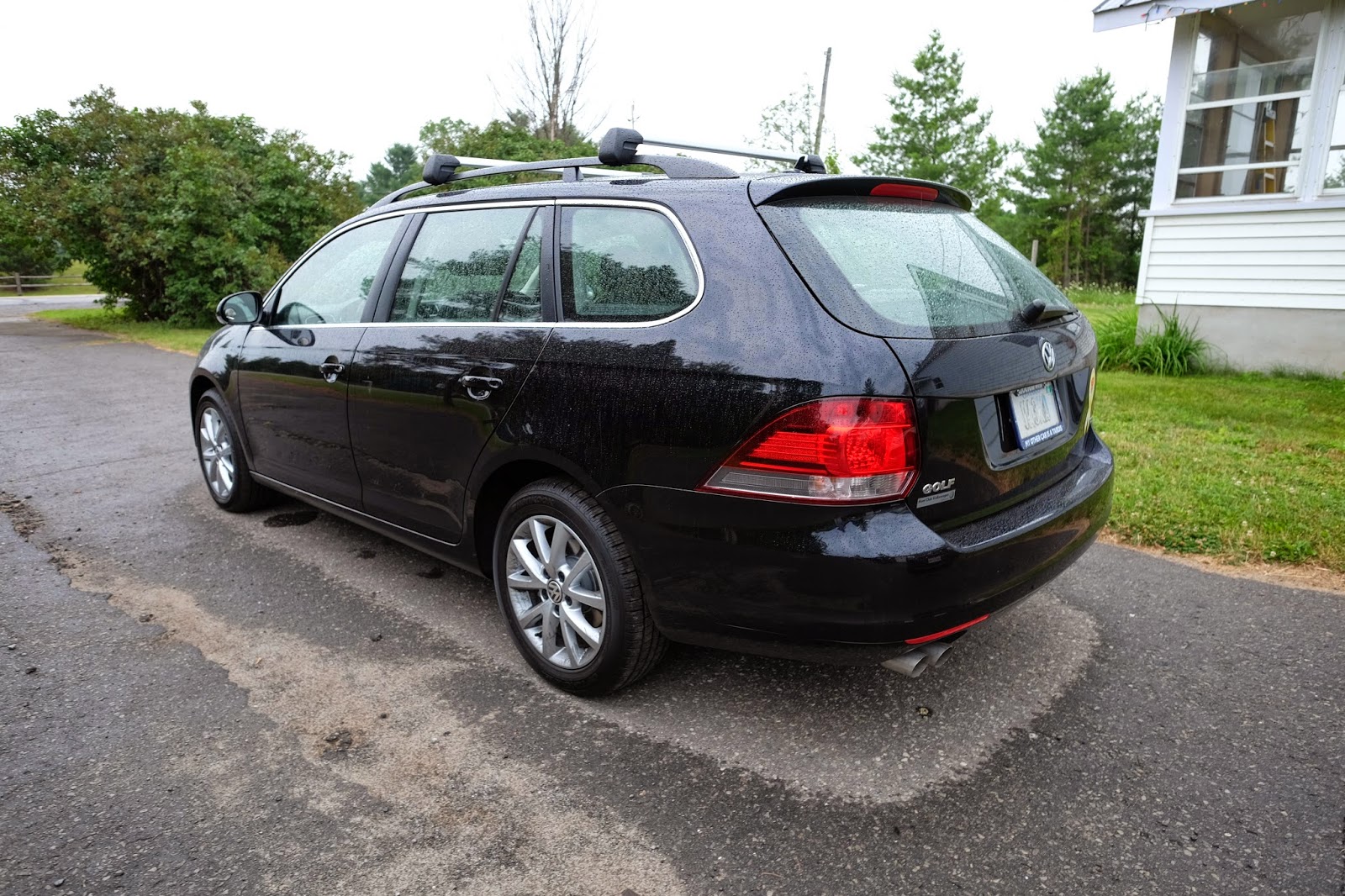 "Big deal" you say.  "You bought a new car, how is this a big change?"   For me it is a big change.   Like I said, no cars since 1989 before I left for Bermuda.  I have been in Toyota for over 15 years and wear their hat with pride and have probably given Toyota a bunch of business over the years by my word of mouth.  (similar to my Nikon to Fuji transformation)  For me to trade in a vehicle that I had no issues with for a company I have no experience with is uncharacteristic and then to switch from gas to diesel.  In my world the only diesel I used was in farm equipment.  Big changes to me :-)

I want to lower my carbon footprint but hybrids just don't cut it for my lifestyle.  I do to much out of city driving and I honestly think gas/electric hybrids are a waste of time.  Either go electric, diesel or fuel cells (when they become available).   These hybrids do nothing great, they do everything half good but nothing great.  With the TDI, I have power, clean emissions from a dirty fuel, great fuel mileage and an engine that is bullet proof.   No sluggishness, no battery changes, no crappy mileage on the highway where the batteries don't get any use and a car that is not so complex that you need an engineer to work on it.  My opinion of course :-)  Not to mention the price of the diesel is the same if not better then the hybrids.

But the beauty is that I have a "trunk" that is almost as big as my RAV4 (just missing the height), a much lower roof for getting the boats on and off, a comfortable car to drive, amazing power, great resale value, tons of room, a sunroof, German engineering and unbelievable fuel mileage (I'm averaging around 5.2l's per 100km's on the 1st tank of fuel)

What am I missing?  Well, I lost my ground clearance so no more smashing through the snow bank at the end of the driveway, I lost the all wheel drive so good snow tires will be more important.  I definitely lost storage space in the front cabin, the RAV had spots everywhere for things, amazing the things I found cleaning the truck out and I lost space in the rear.   The RAV has a great "trunk" under the floor that was good for all the canoe straps, boaster cables, tools etc... for the Golf I had to pick up a plastic tupperwear container to put those things in and have it in the back.  The biggest thing I notice the height difference when seated.  SUV back to a car.   Tough transition but one I will get used to.  This VW is not an SUV, it's a car with a really big truck :-)   But for me the fuel mileage is double and is way more comfortable, does that outweigh the upsides of an SUV?   Time will tell.


The next funny part, my car insurance went DOWN 30 bucks per month (how the hell does that work?  A 5 year old truck cost more then a brand new VW) and my car payment went down 30 bucks as well (although I only had 3 payments left on the RAV) but it's money I'm used to having out of the account each month.  I buy a new car and my wallet has 60 bucks back in it per month.

We'll see over time if I made the right decision making the switch to VW but so far I'm pretty impressed.  To be continued in the future.  Big road trip to NS next month, that should be interesting.