2017 got off to a very rough start for Jen, myself and Jackson.   Jen and I both came down with full blown influenza.   Jen was down and out for 3 weeks and I was knocked on my ass for a week.   Recovery after that seems to be about another week.   Here we are the end of January and we're just now starting to feel human again.   It was so bad that we didn't even get the xmas tree taken down until mid-Jan.    Considering it was a live tree it had to go haha 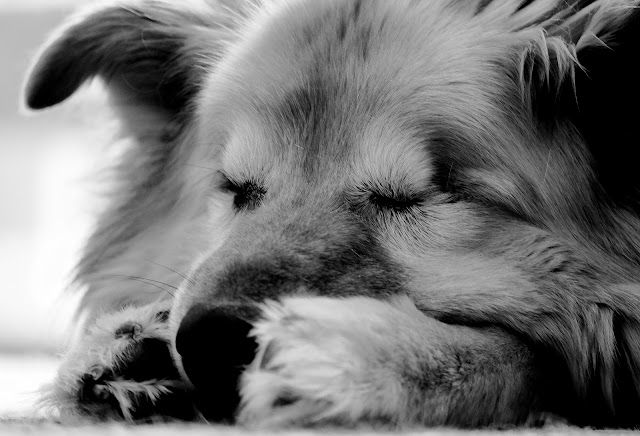 The other big issue I've been dealing with is our big and oldest dog, Jackson.   Suddenly he seems to have a case of anxiety that is very hard to deal with at night.   After several days of no sleep (us that is from his pacing and barking), we got him into the vet and confirmed that his arthritis in his front shoulders is pretty bad but we also found his ears were red and he had a swollen toe.  Looks like the nail was partially separated from the toe.   Given that we are always with him we're not sure how that happened.  Anyhow, a mitt full of drugs and he's on the mend.  Unfortunately the anxiety still seems to be a problem.   He will not sleep in the room that he has always slept in and will pace and bark throughout the night.  He wants to be with me but won't come where I am.   For the past week I've been spending most of the night on the coach in the living-room where he will eventually settle down.   Still playing with the drugs but hopefully he's on the mend and the anxiety is only related to the pain. 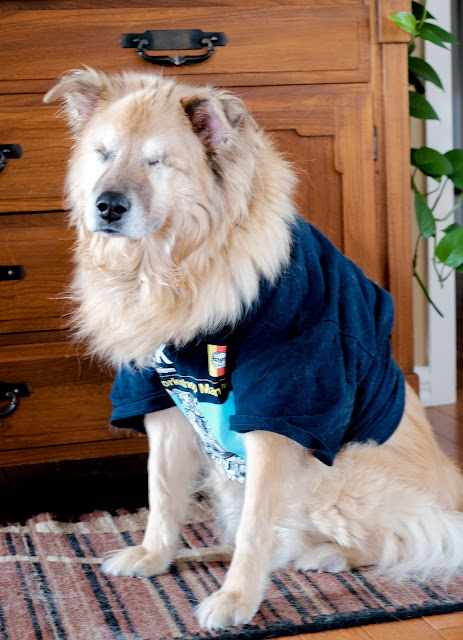 X-T1 35mm - Homemade thundershirt to help with the anxiety.  My Dr Who shirt :-)

While being sick I had lots of time to research, cause I sure felt way to sick to go out shooting.   Up until Christmas, I had convinced myself that I would not get the Fuji X100F but instead get the XF-23mm F2.0 and pair that up with my X-T1.   600 bucks vs 1950.   And I like the feel of the mini-dslr X-T1 in my hands vs the range finder style of the X100 series.   Seems to make logical sense, just buy the lens and then I have the same focal range and great quality. 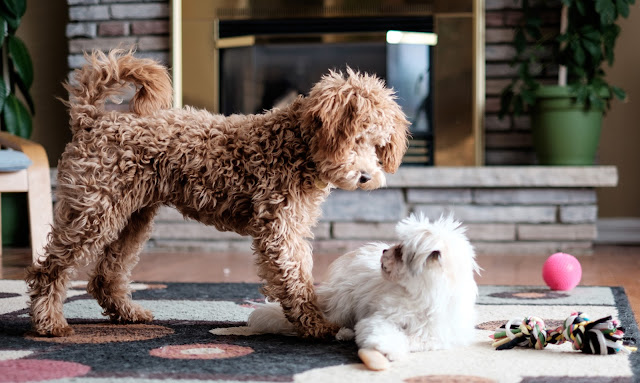 X-T1 35mm - Classic Chrome - Fina (a guest for a week) and our little dog Wookiee playing.

If only it were that simple.   What was my gateway drug into the Fuji world?  X100.  Which camera do I typically have with me when I travel?  X100.  Do I like changing lenses all the time?   Nope.   Do I like dust on my sensor?  Nope.  Looking at my pictures, can I tell which was the X-T1 and which was the X100S?  Nope (unless it's an obvious zoom). 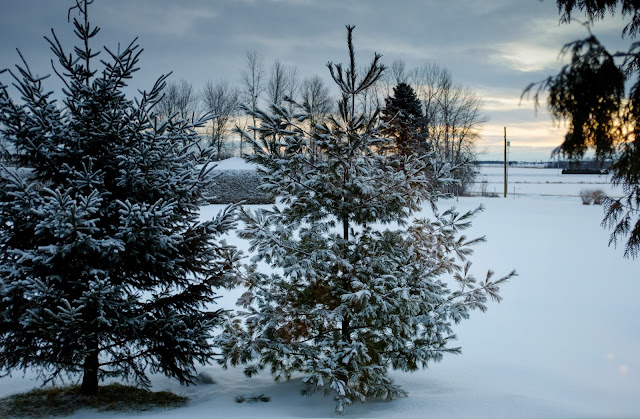 X100S - Looking out my radio room window on a chilly morning.

But on the flip side, I'm going to Bermuda this coming June to watch the America's Cup sailing, I really need that 100-400mm Fuji lens for that trip - IT'S A MUST!  Can't take pictures of sailboats with a 23mm can I?  But lets be realistic, it's a 2 week trip how much will I use a $2200.00 lens after that?  The whole reason I went Fuji was for a small and light package.   Do I really want to watch the racing through the lens of a camera?   Fair enough, I can talk myself out of the 100-400mm. 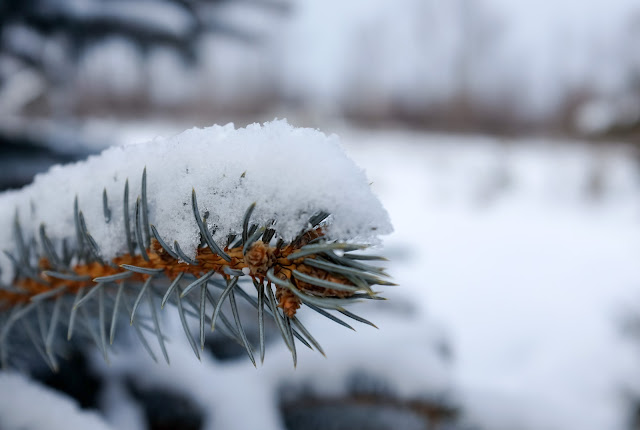 X100S Macro Mode - Waiting for the dogs to do their business and decided to play with the macro setting, something I have rarely touched.

So we're still talking a $1200 difference between the 23mm and the X100F.   What does the 100F have that my X-T1 or X100S doesn't?   Well now that was interesting to learn when the specs came out.   When the camera was announced, at first glance, it looked like a minor upgrade.   But when you dig you discover that it now has the same processor and same sensor as the X-PRO2 and the same AF system.  Holy cow, that is huge.   An X100 with fast AF, 24mp and costs 200.00 less then the body pf the X-Pro2?   Ok, hang on here, lets think this through.   Normally I only buy every 2nd generation of camera.   The X100F is 2 generations after my X100S so if I were looking to upgrade just the X100S it would make sense.  But my X-T1 is only 1 generation behind the chips and sensors in the X100F.   So what else does the F have that the T1 doesn't?   Well, the big things are the 24mp, the faster AF, the very small size factor but it does have one thing that the T1 will probably never get, ACROS film simulation.......oh my.    I am a huge fan of Acros and my focus for 2017 was to do more street work and more black and white.    For street, I would be using the X100 with the 23mm lens and small invisible form factor.   But street also calls for black and white, and if you can have acros as well..... enough said. 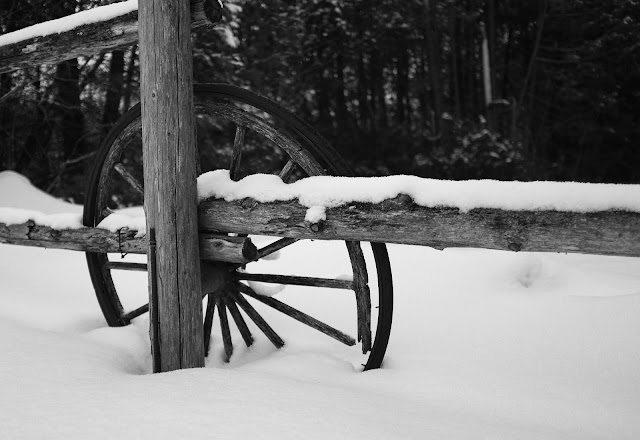 I made the mistake of walking into Henry's camera the other night and they reminded me that I can pre-order with no obligation.    The camera comes in, they call me, I come and look and either walk away or buy it.   Naturally I pre-ordered, what do I have to lose?   My plan is to go in with my X-T1 and mount the 23mm and then put the X100F in my hands, compare the two and make the decision.   My heart is on the X100F just from how much I use the X100S and it will be a substantial upgrade over my S version but less so over the X-T1.  But the X100 series has always had a special place in my heart, it is such an amazing little camera series. 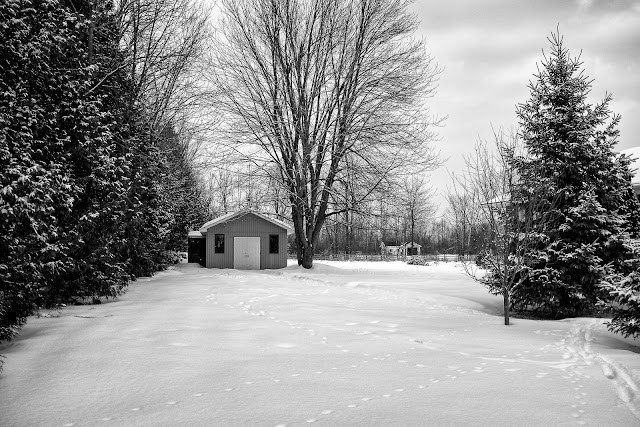 I hear you ask, well what about the X-Pro2 and the 23mm - then you have weather resistance and everything you mentioned above AND interchangeable lenses.   I thought about this.  It's another 700 bucks more then the X100F and to be honest I seem to like having a fixed lens and being made to think about the picture I'm taking.   I put the X-Pro2 in my hands the other night and yes, it is very very nice and I can see maybe replacing my X-T1 way down the road with a Pro3 when the day comes but for now, I handed it back :-) 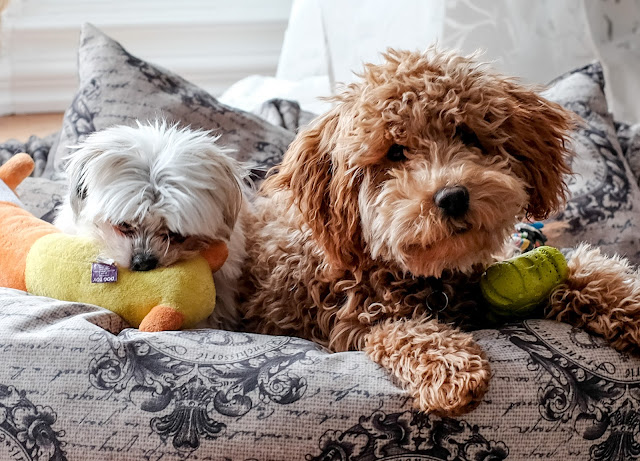 X-T1 35mm Classic Chrome - Wookiee and Fina having a rest

They say the X100F should arrive in stores around mid-Feb, so a few more weeks to wait and a few more weeks to change my mind and research the hell out of it.   HAHA.  I can be so fickle about these things.   But I have to admit, I am kinda excited to try out a new X100 with all the things my X100S was missing. 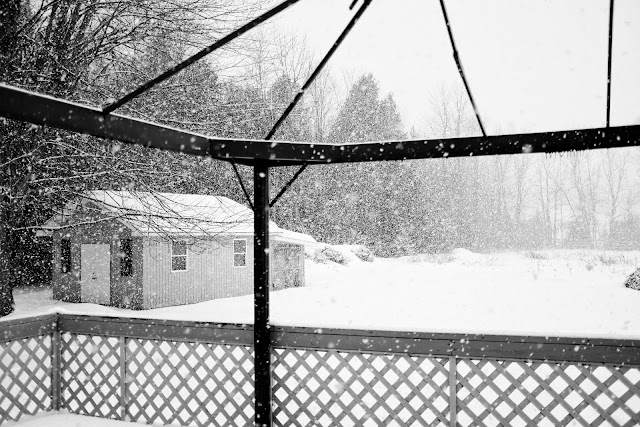 X100S - they were calling for light snow flurries today - LOL
Posted by Unknown at 7:00 PM 2 comments: