Over the past 25 years I have definitely spent some time in Kingston ;-)    It's a pretty town to visit and live in but the roads to and from Kingston also have many gems.   Yesterday we decided to take a day trip down to Kingston as Jen hadn't seen much of it over the years and I love the drive.  We definitely bit off more then we could really do properly in a day but it was a nice 11 hour run down hwy 2, into Kingston then hwy 15 back to Ottawa. 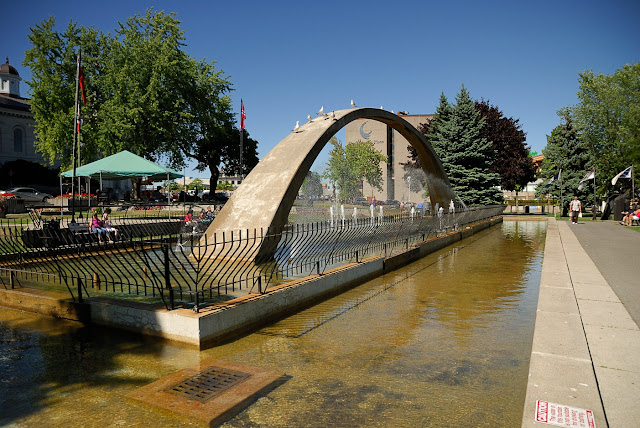 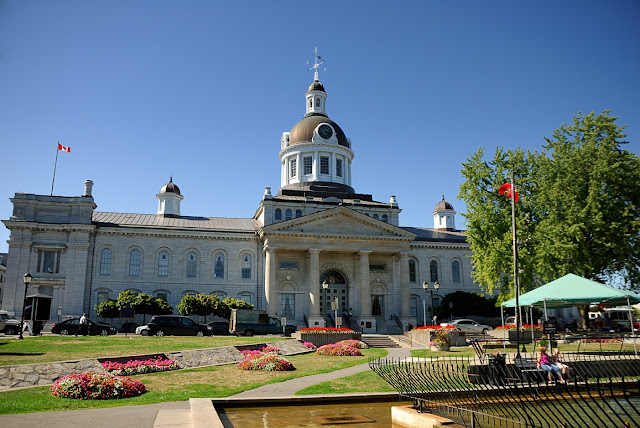 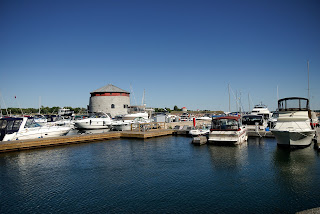 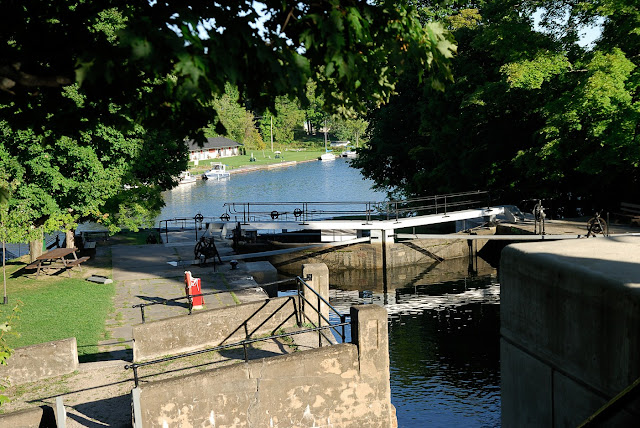 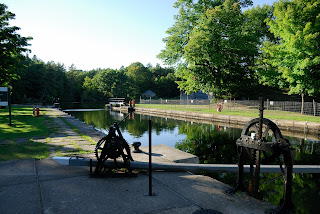 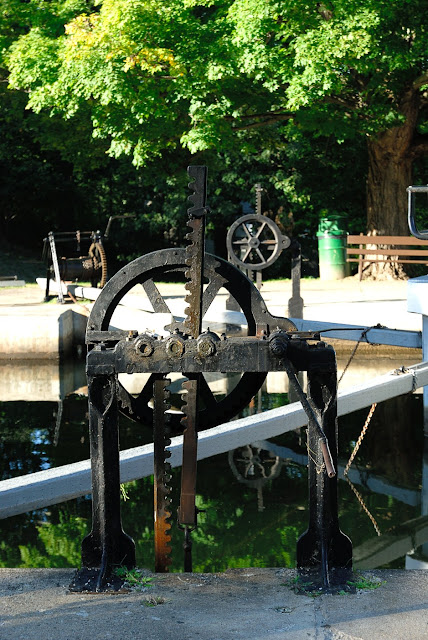 Lovely brunch on the road and a wonderful supper at the Baldachin Inn and Restaurant in Merrickville.   We were hoping to get paddling today or tomorrow but the winds are still to high right now so maybe this coming weekend.  Fingers crossed.

As well the winds have been killing my plans to get the 6 meter quad in the air but everything is ready to go once I get a break.
Posted by Unknown at 4:53 PM No comments:

A busy and hot weekend on this end!   Saturday we were over to Gatineau for the day and spent it with friends around a pool (well in the pool), beer, wine, steaks and great company.   Sunday Keaton came up for a short visit to exchange birthday gifts and to see him before he heads back to college later this week.   No way he was going to sit around all day and rape my internet on such a beautiful day, so we headed downtown.

Many of these are very common Ottawa images so I tried to shoot from different angles and perspectives.   The one thing I did discover with all the blue skies is how much dust I have on my sensor....argh.  Thank god for photoshop's spot healer. 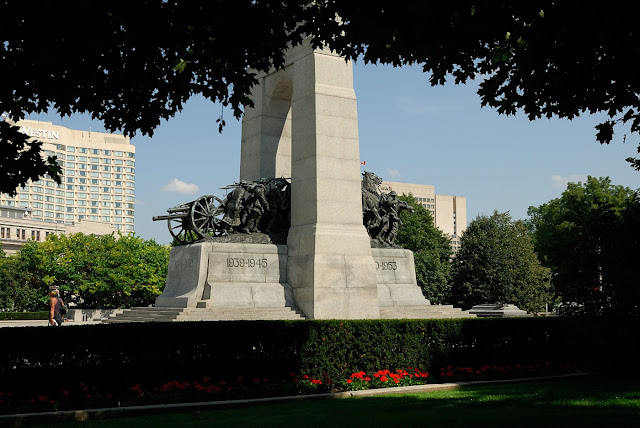 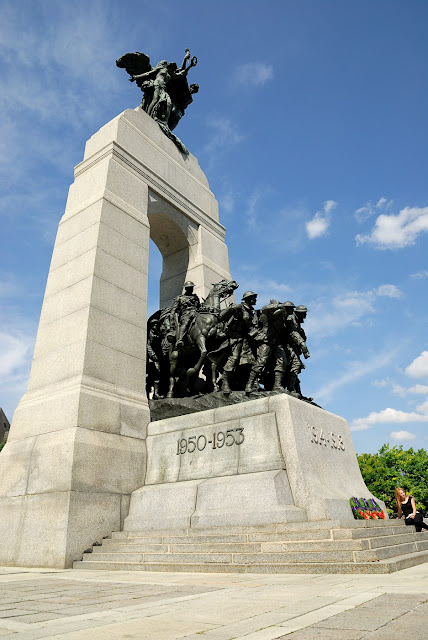 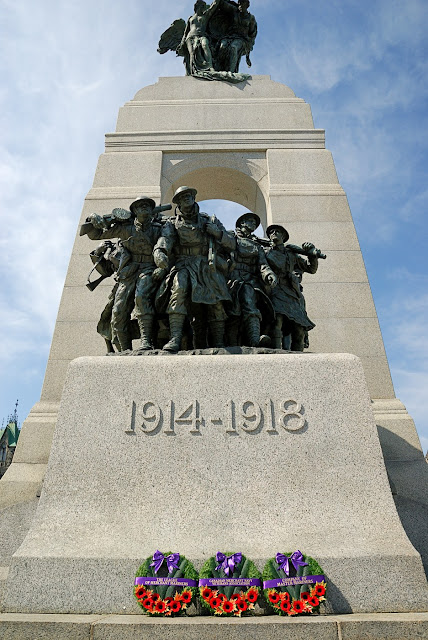 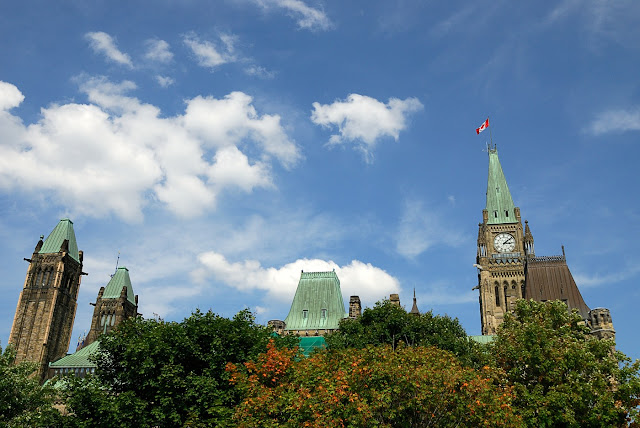 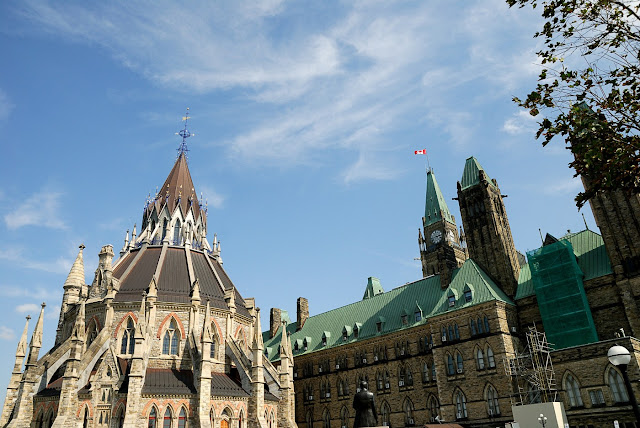 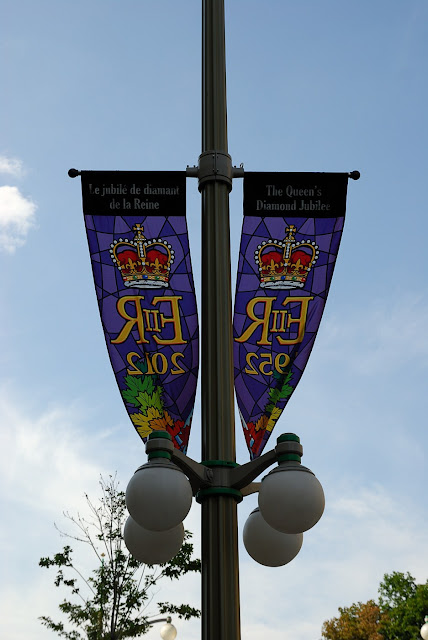 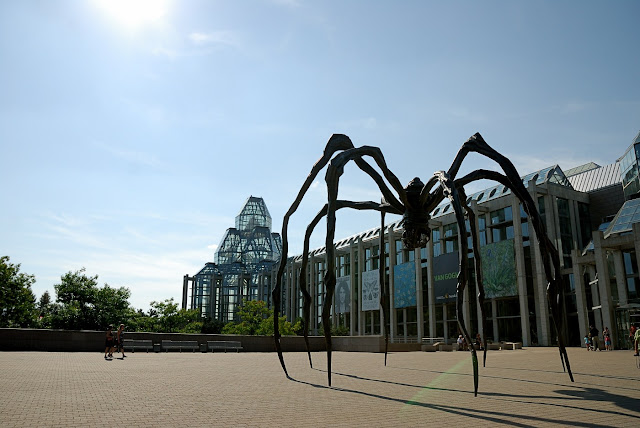 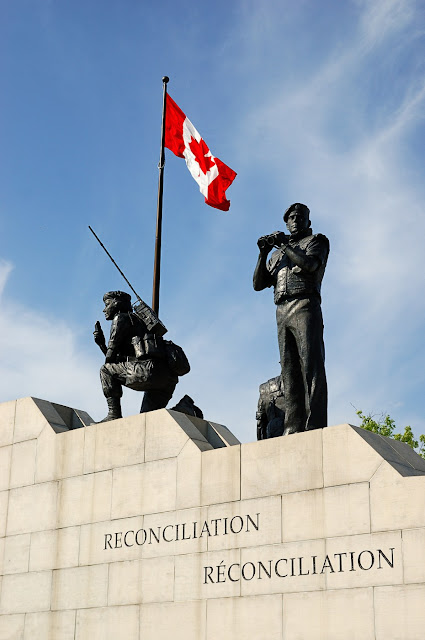 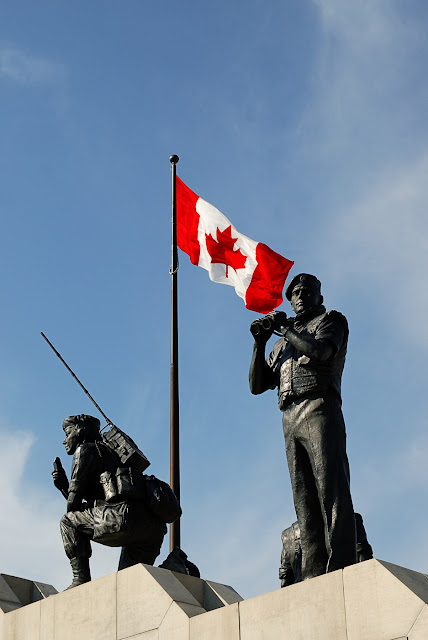 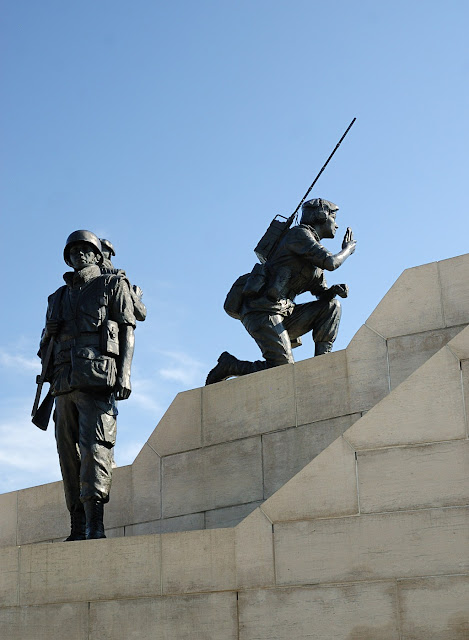 Have the rest of this week off and then back to work after labour day :-(     but the weather is looking great so more travels to come, I hope ;-)   Now to go clean dust out of my camera!
Posted by Unknown at 7:52 AM No comments:

Probably should have broken this up into two posts but just to damn lazy hahaha.   Gotta love it when your doing so much stuff that your behind on blogging, particularly after being bad about not posting or taking pictures for the past few months.  Now that the move is complete and I'm actually taking a bit of vacation time, Jen and I are trying to catch up on summer with the canoe and getting out and about.  So here we go.

Believe it or not, I had not been to the "new" Canadian War Museum after all the years I've lived here in Ottawa and we finally got moving and went for a visit.   We knew it would be awesome and it didn't disappoint.   After so many years of having many of their artifacts stored away, the new building is pretty cool and it looks like they could use a bigger building yet.   Bit of a tough place for photography with the windows located where they are but to be honest I kinda forgot about the camera while poking through the many exhibits. 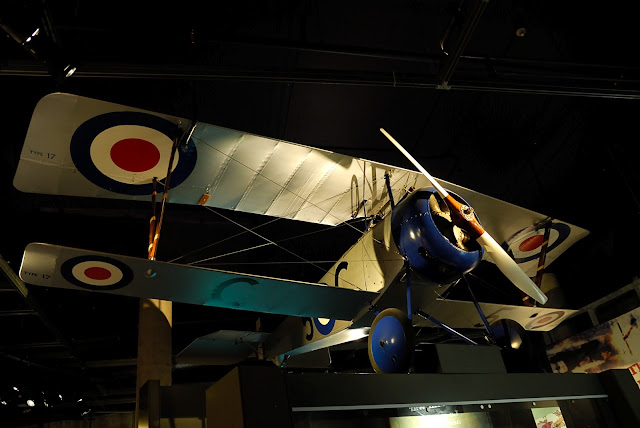 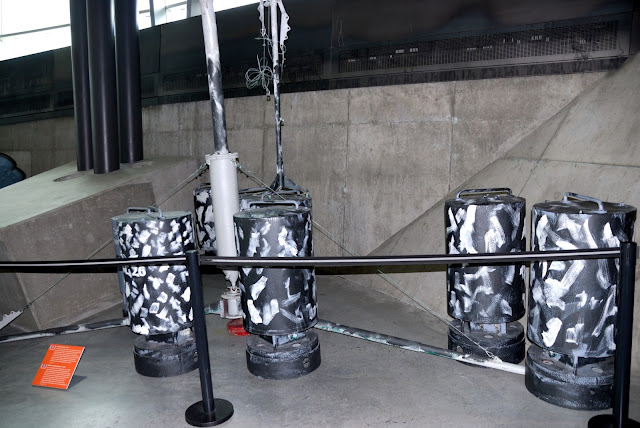 The pictures above and below was one of the things I really wanted to see.   This was a WWII remoted German weather station codenamed "Kurt" that was covertly installed in Labrador to send weather reports to U-Boats.   It was found after a researcher found documents in Germany and a search team went to the spot in the early 1980's and found the equipment.   40 years and would never have been found. This has gotten some interest lately due to the possible locating of a German U-Boat in the Churchill River in Labrador.   Just shows how things can be placed in the Arctic and never found.

For more info - http://en.wikipedia.org/wiki/Weather_Station_Kurt
and about the U-Boat - http://www.cbc.ca/news/canada/newfoundland-labrador/story/2012/07/25/nl-u-boat-labrador-discovery-725.html  (this is going to be an interesting story to follow) 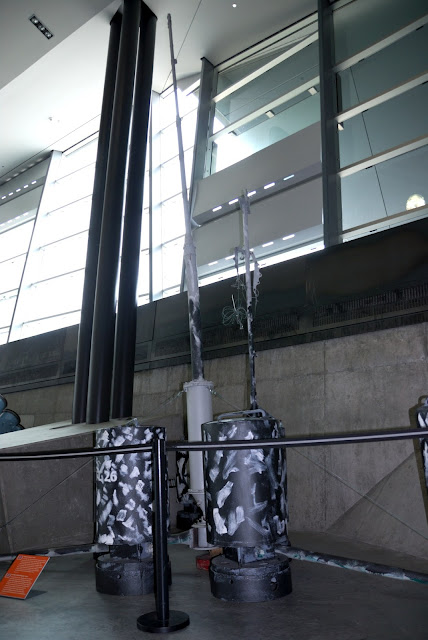 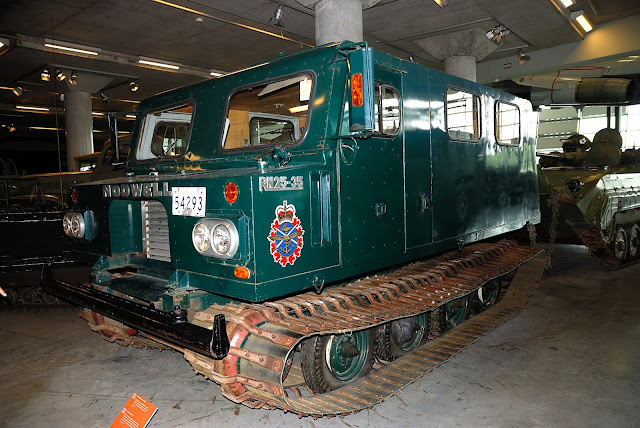 For those who spent time in Alert during or before my era,  you should recognize the the machines above and below :-)  To bad they aren't bright yellow. 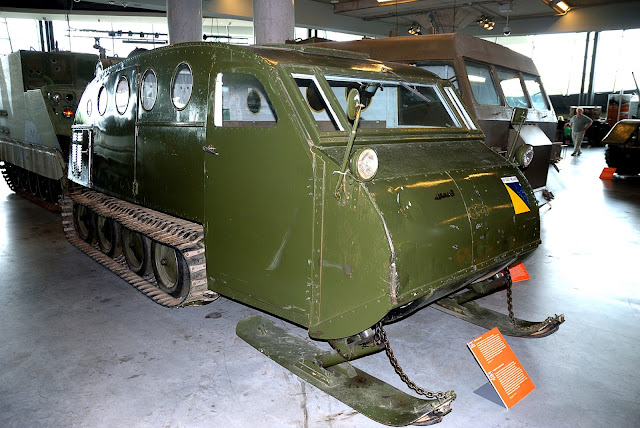 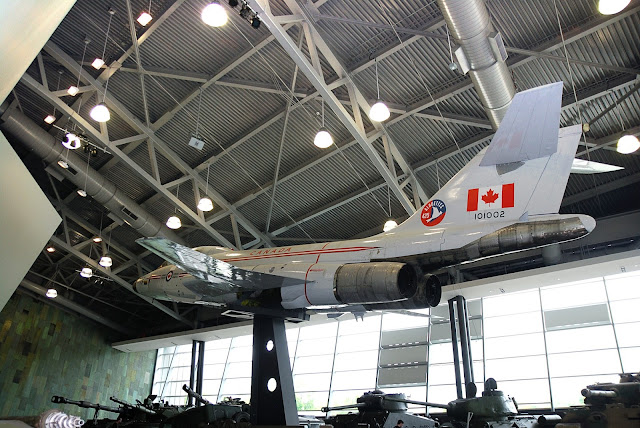 When I was a young lad I joined the Air Cadets just as the Voodoo was being phased out, but I did get to see some of these flying up at CFB Chatham, New Brunswick.  Might even have some old photos somewhere, should find them and scan them in.

That killed a day, if my feet weren't so sore I could have gone through the exhibits one more time but given that I'm ex-military I can get in for free (just bring proof of service and you can bring 2 guests as well) so I can come and go as I please and just pay parking.   I can see going back for a few more visits.

Yesterday was beautiful weather again so we packed up the canoe to see how the water levels were on the Jock River.   We were told that during the drought it was pretty low and given how busy we were with the move we just avoided the area.   But the water levels were back up so a great spot for paddling again.

The sun was very harsh and almost none of my photos of the outbound trip turned out as the sun was pretty much in our faces with no cloud.  This is always a tough spot for me as it has lots of wild life so I want to take a lens that can "reach out and touch someone".   I have a really good 80-200mm Nikon ED but it's big and I find it cumbersome in the boat, but I also have a 70-300mm Sigma.  Pretty cheap but it can give some pretty cheap results if not handled properly.   In the end I took the Sigma, still not sure if that was the right decision given how many pictures are crap but I did manage a few really nice ones on the way back with the sun behind us. 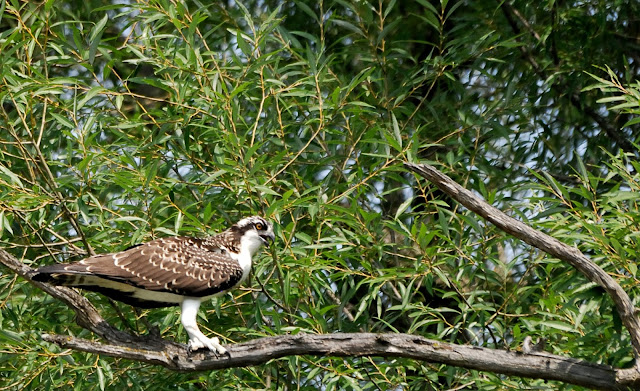 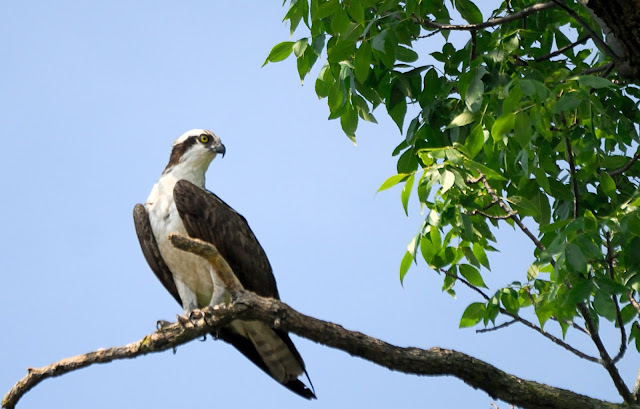 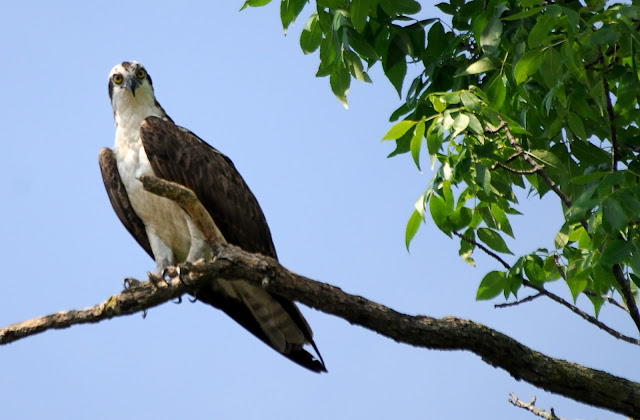 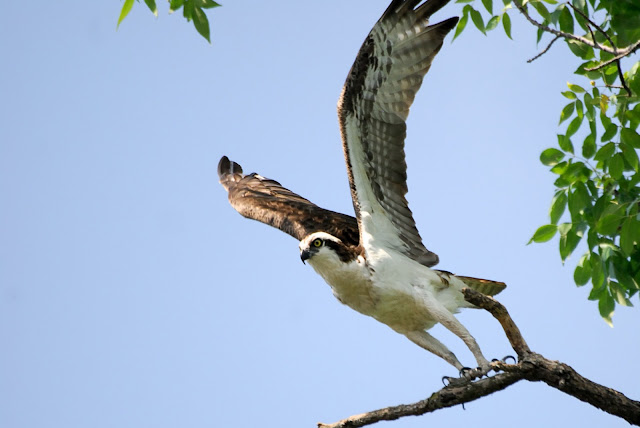 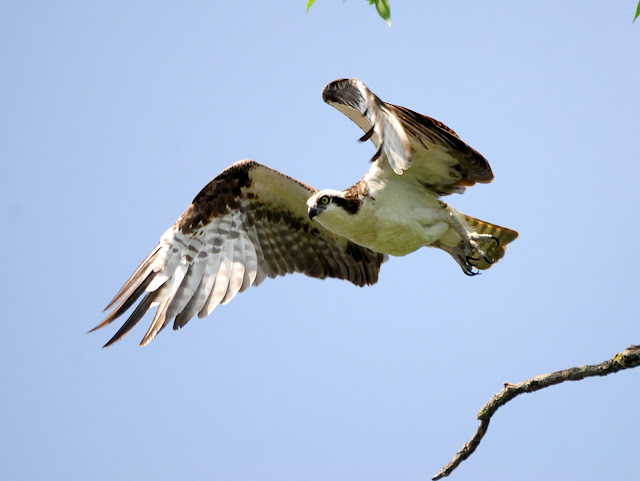 These last few shots were by far the best, sun was behind us, we got fairly close and he/she cooperated.  The Osprey's and the Heron's kept playing with us for the entire time, letting us get into photo range and then taking off.   Also not fun shooting from a canoe, it can try your patience.

There you go, caught up on the vacation thus far.   Still puttering around with the radio antennas.  I got the 20ft tower up for the 6m quad but still need to install the rotator and mount the antenna on top but should be up and running on 6m's in the next few days.   But for now just enjoying the summer.